NEW AND EXCITING CHANGES IN BREAST AUGMENTATION INCISIONS JAMES ROMANO MD INTRO There has been an explosion recently in the very new science in choosing a breast implant surgery incision. This comes from directly all of our new information about biofilm and its direct relationship to infection, but mostly, the most feared side effect of… Read more »

Fat Grafting Breast HISTORY Fat grafting to the breast can be traced back to as early as 1893 with a long trail of published articles. It did not really become popular until 1987 with anecdotal reports of procedures by Mel Bircoll MD in Los Angeles. That same year our society the ASPS put a two-year… Read more » 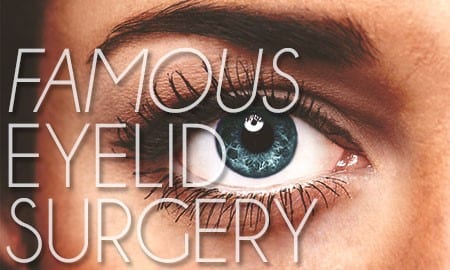 Recently, television personality Julie Chen revealed on her daytime show, The Talk, that she had undergone eyelid surgery to alter the appearance of her eyes. http://www.usmagazine.com/celebrity-news/news/julie-chen-reveals-she-got-plastic-surgery-to-look-less-chinese-see-the-before-and-after-pictures-2013129 The host candidly spoke about the obstacles she faced as an Asian-American trying to build momentum in her chosen field of journalism with eyes that were dubbed “too Asian.” … Read more »